Experimental rock group Awkward Star has been reviewed as “brilliant, relaxing, thought-provoking sound” and “a brooding piece of avant-pop”. Growing out of Seattle’s notorious improv scene, the group challenges themselves with mixing the often chaotic tendencies of jazz-based improvisation with composed pop songs and freely associated-spoken word. They produce late-night, dreamy, droning, half-awake melodies and half-conscious conversations, with oddly confusing rhythms underneath.

Deep in the winter of 2000, Awkward Star began recording with producer Simon Grant and engineer Jason Shavey at Synergy Productions. The challenge for the band was to capture their spontaneous chemistry on tape. And that they did. The recording is a stirring collection of odd and unusual pop improvisations, spoken word, and adventurous grooves. The group decided to name the release “Blue Straggler,” referring to the name that astronomers have given rejuvenated stars formed when two mature stars either collide or pass close to each other. 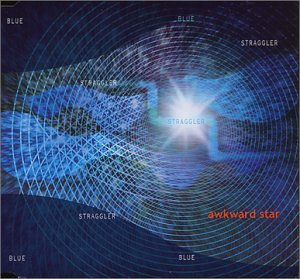 Awkward Star is a brooding piece of avant-pop. — The Stranger, April 2001